Blackberries – or brambles – are in season and there is no way not to notice, as they seem to be everywhere. Bramble bushes are vegetation of the invasive kind, something our bare legs experienced ‘first hand’ this July when trying to find the overgrown footpaths on Cornwall’s Ding Dong moor (don’t you just lóve that name?) that would bring us to neolithic stone monuments and remnants of a long gone industrial past. Wading through knee-high prickly shrubs (and carrying the children), we eventually got where we wanted to be, though not without scratches and scars.

Equally abundant (but of taller growth) were the blackberry bushes that seamed the less adventurous paths of the 12 km walk we made last Saturday (that was a record we set with the kids, and of course we celebrated that with ice cream afterwards ;-)). Here, the shrubs also carried loads of ripe blackberries, and having just consumed the apples and grapes we had carried along, we realised we had an empty container and thus an opportunity to pick these wild brambles and transport them without the risk of accidentally crushing them. [A propos crushing: that is what happened with my chocolate-chocolate chip cookies during a day trip earlier last week, and I ended up using the crumbs in… ice cream (but more about that in a separate blog post.] 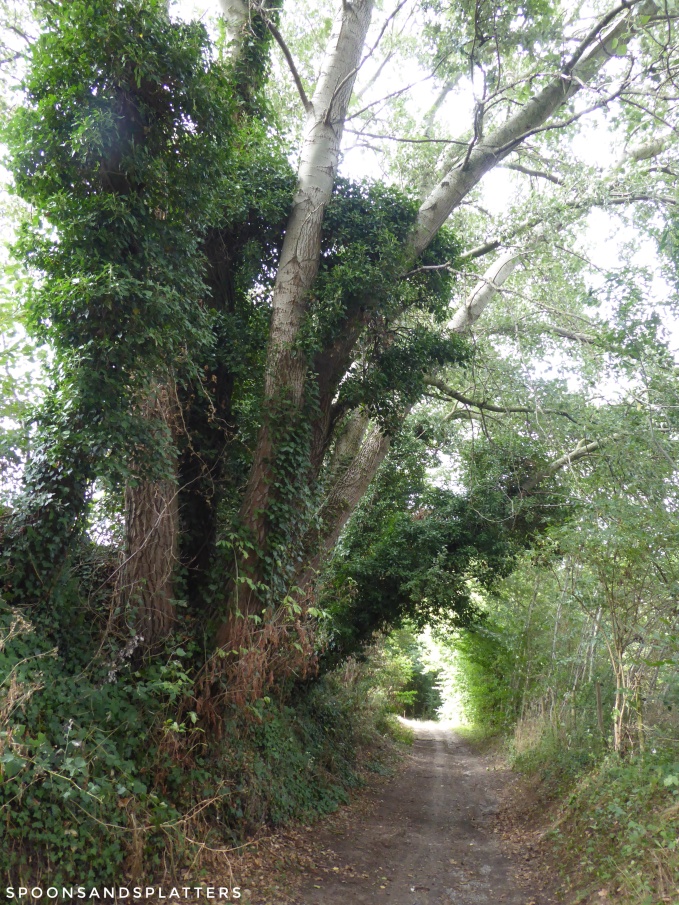 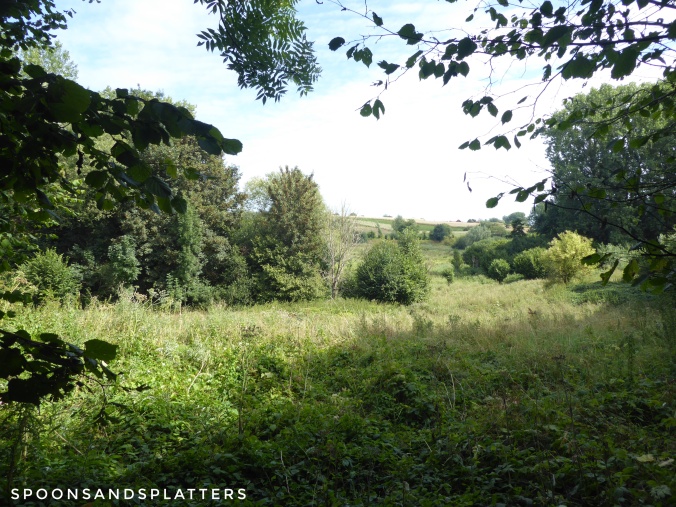 I am usually not that particularly fond of brambles. I mostly find them a little too tart to my taste. But the ones we picked last Saturday were, perhaps due to the extreme warm weather this summer, both smaller and sweeter than those I recall from my childhood days and my parents’ garden (where there is a huge bramble bush covering the entire length of one of the house’s exterior walls), and I was immediately looking forward to using them in… well, in something.

I did not rightaway know in what …(except for my soy yoghurt for breakfast), but still  being on a mission to bring more salads into this world I suddenly got this great idea, turned it into reality, and just look at this wonderfully colourful dish which part of my blackberry yield ended up in. That purple hue in the vinaigrette! The combination of ingredients was a bit of a calculated gamble, but lived up to its promise and truly did not disappoint. Absolutely a dish to keep. 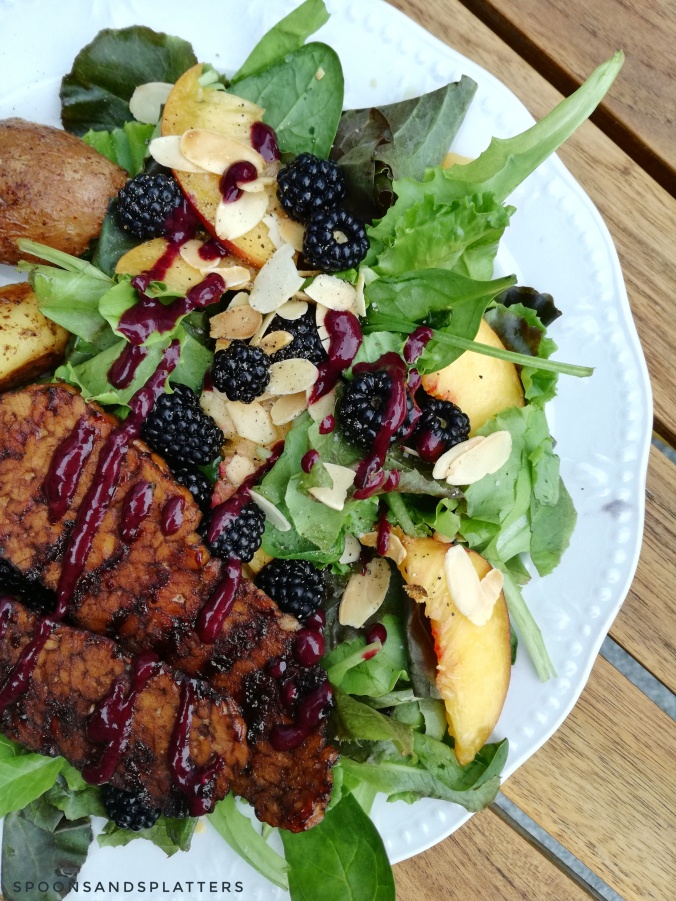 Mix all ingredients in a  high (!) measuring cup with an immersion blender

Serve with quinoa, rice, any other type of grain, pasta or potatoes. We had roasted fingerling potatoes. 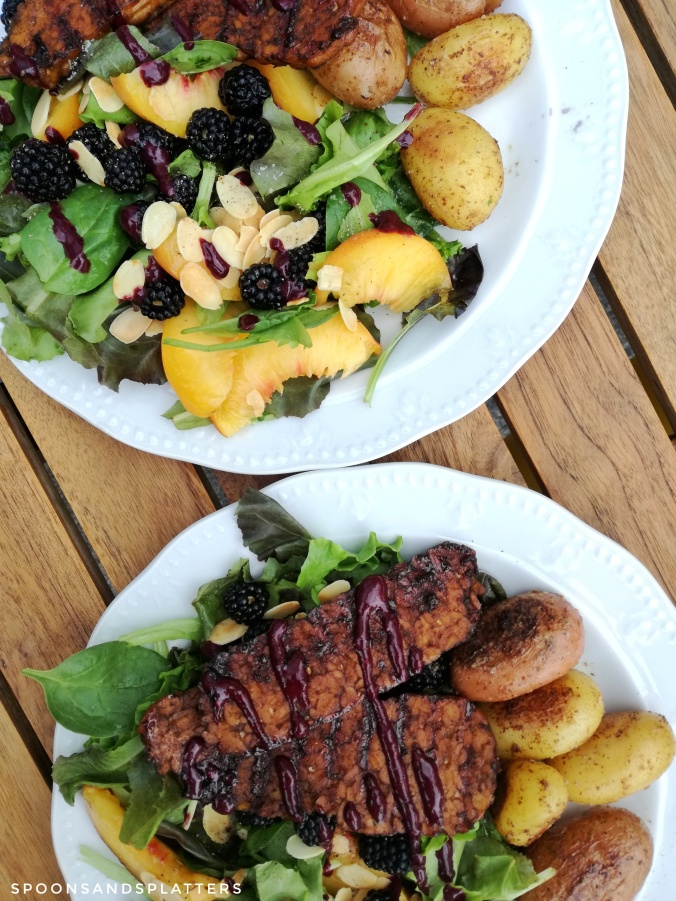