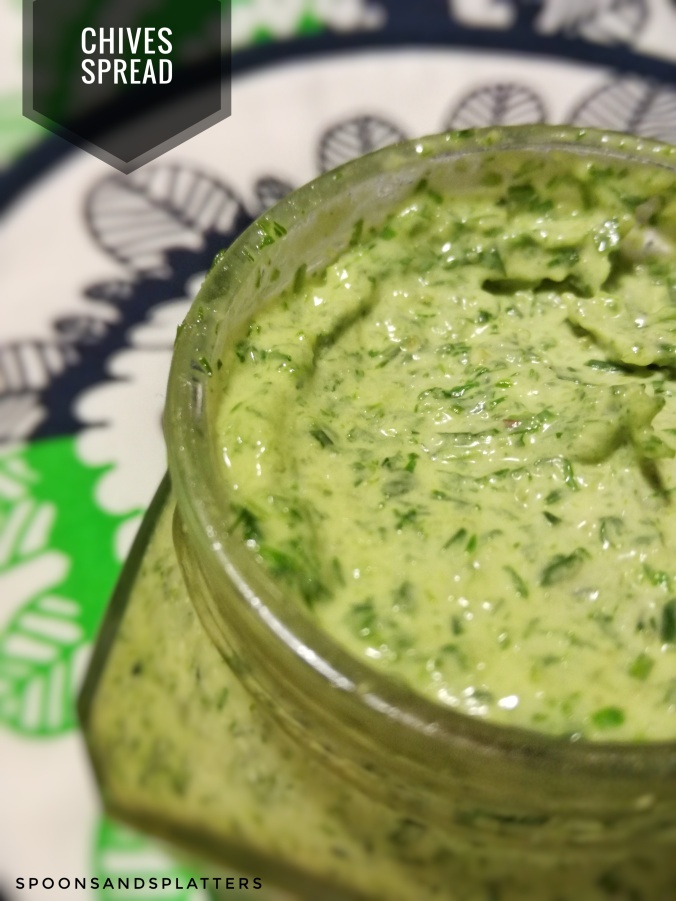 Today is the first day of winter, yet my freezer still preserves some remnants of summer. There’s the figs which I harvested from the too rapidly growing and ample fruit-bearing tree in our front yard, there’s rhubarb, stemming from gigantic stalks in the new garden of friends who moved house in spring on the one hand, and from the rich and robust rhubarb plant from my parents’ green and colourful garden on the other, there’s the sorrel which also found its way from my childhood home to our home, along with a huge box and a bag of already chopped up chives.

Figs are for jam, rhubarb as well (and for chutney! And for rhubarb sauce!), sorrel is for soup (and sorrel mashed potatoes). And chives. Well what to use chives for, except for garnishing dishes?

At least that is what I thought until I found a jar of chives pesto in an organic foodmarket. I started using this pesto in pasta, with string beans, with zucchini,.. But then looking at its price tag, and at all the chives in my freezer, I thought I might as well try and make it myself. So that is what I set out to do a couple of nights ago. Taking all listed ingredients from the jar’s label and blending them on high speed, I ended up, however, not with a pesto, but rather with a spread. Obviously I used too many cashews. That’s the downside. The good news is that the spread tastes wonderful as well, and is even more versatile in use (on bread, crackers, as dip, in sauces,…), due its mellower, softer taste compared to the sharper pesto.

So that’s how a failure turns into a success!

And oh, this spread works wonders when added (instead of some TB of vegan cheese) to the tofu ricotta filling in these cannelloni (tried and approved of by the entire family).

Add all ingredients to a food processor and blend until smooth. 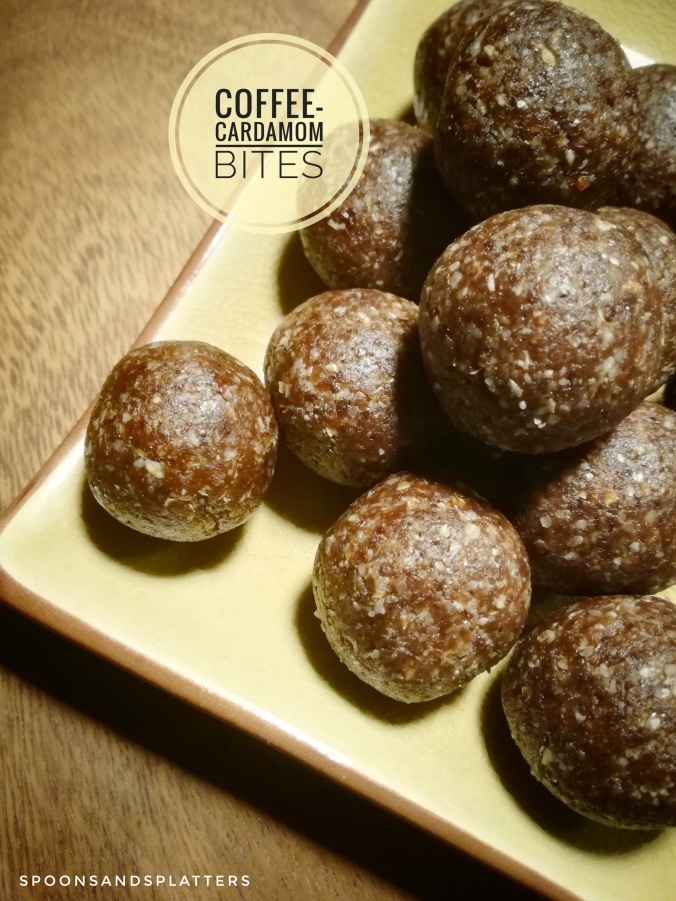 1 December was the first day of a world without A, a befriended mom whom we got to know through school three years back, having just moved back from Sweden. Her oldest and our oldest were in the same class, just as her middle kid and our youngest. We got along well, our husbands and children got along well, and last year we started going on excursions during weekends. That is also what we did two weeks ago, making further plans for get-aways during 2018.

And then only 4 days later she found herself biking at the wrong place at the wrong time. Plain bad luck, with terrible consequences.

So this recipe is dedicated to her.

Only days before, she had finally found my IG-account (having misspelled it earlier in her searches, due to bad oral communication), and was ❤-ing one food picture after another, followed by a text message that she wanted a signed copy of my cookbook. That cookbook was one of the many plans – both hers and mine – we had discussed during earlier conversations. I don’t know if I will ever succeed in publishing one – she was, however, an ardent believer and supporter. She also generally thought that dreams are there to be realised, and she truly lived to put her own ideas into action and stimulated others to dare and dream bigger. But in case I never get to publish one, then at least there is this.

Besides our plans for the future, we regularly discussed food as such (me being a vegan, she being an advocate of low-sugar food), and this recipe for naturally sweetened raw bites would no doubt have been totally right up her alley. The combination of flavours -coffee and cardamom- is derived from a Dutch vegan ice cream brand, Prof. Gruenschnabel, which is now finally widely available over here.

I wish I could have served these alongside a cup of tea or coffee after the dinner I intended to host for you and your family. They will have to serve as one of the many vehicles to remember the wonderful person you were instead

Blend everything in a food processor until you end up with a sticky dough, then roll into walnut-sized balls.

Coat with melted chocolate if desired.